Founder Steven J. Kelly and partner M. Mari Novak celebrated the 40th anniversary of KNO with a reunion of colleagues in Prague.  KNO relocated headquarters to Prague (and later an office in Bratislava) in 1991, just after the Velvet Revolution.  KNO was instrumental in supporting such Fortune 500 clients as Opel/GM, Kimberly Clark, IBM, Citibank, KPMG, McDonalds and many others (link) as they set up operations in the new open economy.   The celebration in a historical Prague hospoda was joined by colleagues who were part of the team during the 1990s and first decade of the new century.  Hosted by Michaela Karásková, KNO Česko, it was a wonderful opportunity to both remember exciting stories and celebrate the dynamic careers carved by these exceptional professions in the past decades. 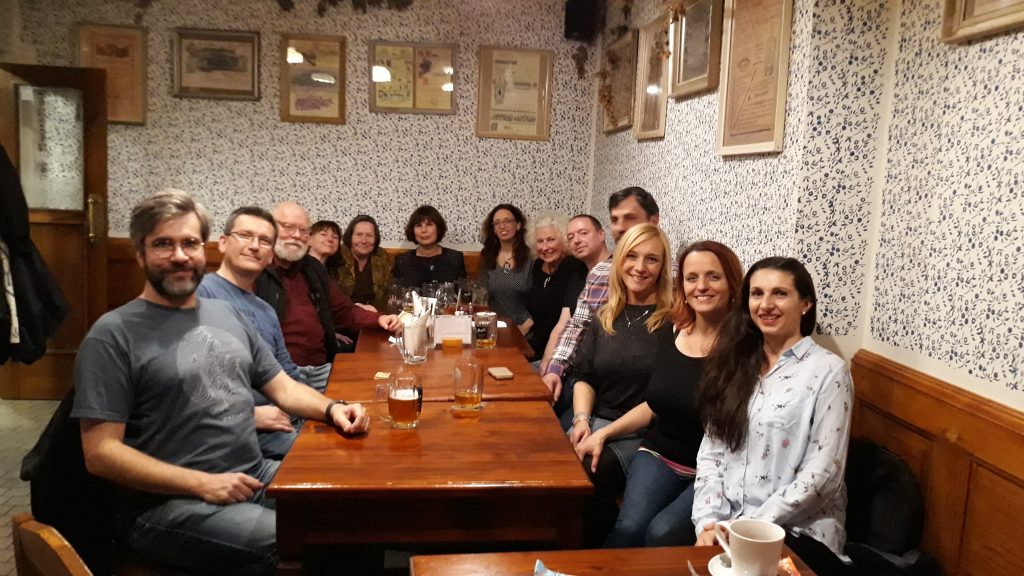 Blog on increasing effectiveness of solutions